Preparing for Worship on Sunday, October 5, 2014 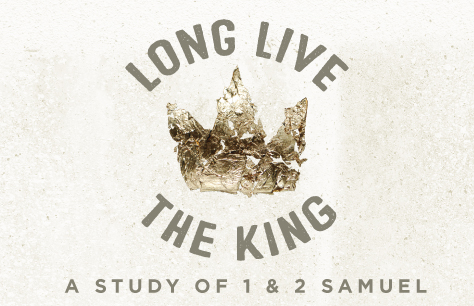 These books trace the rise of kingship in Israel, beginning with Saul and transitioning to Israel's greatest king, David. The story is fraught with ups and downs for the nation, as well as spectacular displays of righteousness and spectacular forays into sin by the kings themselves. All along, the kingship in Israel directs our gaze to the coming King, who is no mere human king, but is Himself the divine King! The cry of Israel in 1 Samuel 10:24 – "Long live the king!" – was far more significant than they knew. For 2 Samuel 7 tells us of the King who would eventually come, whose throne and Kingdom would be established forever. We know that King to be none other than Jesus Christ, who lives and reigns forever. So with Israel we cry, "Long live the King!"

This Sunday we'll be looking at the prophet Nathan's confrontation with king David after his heinous sin, and the repentance of David which follows. We will examine repentance in our lives as it relates to our own sin.

Songs we'll sing together include:

More in The CFC Blog

Planting Trees: Sowing Gospel Seeds in the Next Generation